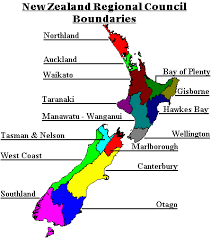 Last year we announced contacts in 14 regions from Northland to Southland.

At the end of 2013 we farewelled Derek Allen who was the Regional Advocate in Waikato.

We are pleased to announce – and very grateful to – Mike Walker (Hamilton South) and Keith Harrington (Taupo) who have agreed to cover the Waikato Regional Advocate role for the Network in a joint arrangement.

“Although this is a first in terms of the Network’s regional structure” said Glyn Carpenter, “I am sure it is a development we will see more of in the future.

In fact, one of the ideas I will be talking to Regional Advocates about when I travel round in May and June, is the idea of having a younger generation leader working alongside the Regional Advocate(s), as a way to help connect younger Christians to the message of unity and mission, and partly to help develop the next generation of senior church leaders.

Regional Advocates help national unity and mission by helping ensure that messages sent out from the Network reach the right people in their regions, and also by sending information about local issues and initiatives which may be relevant or of interest to other parts of the church to NZ Christian Network for wider distribution.