A Canadian’s Reflections on Racial Injustice 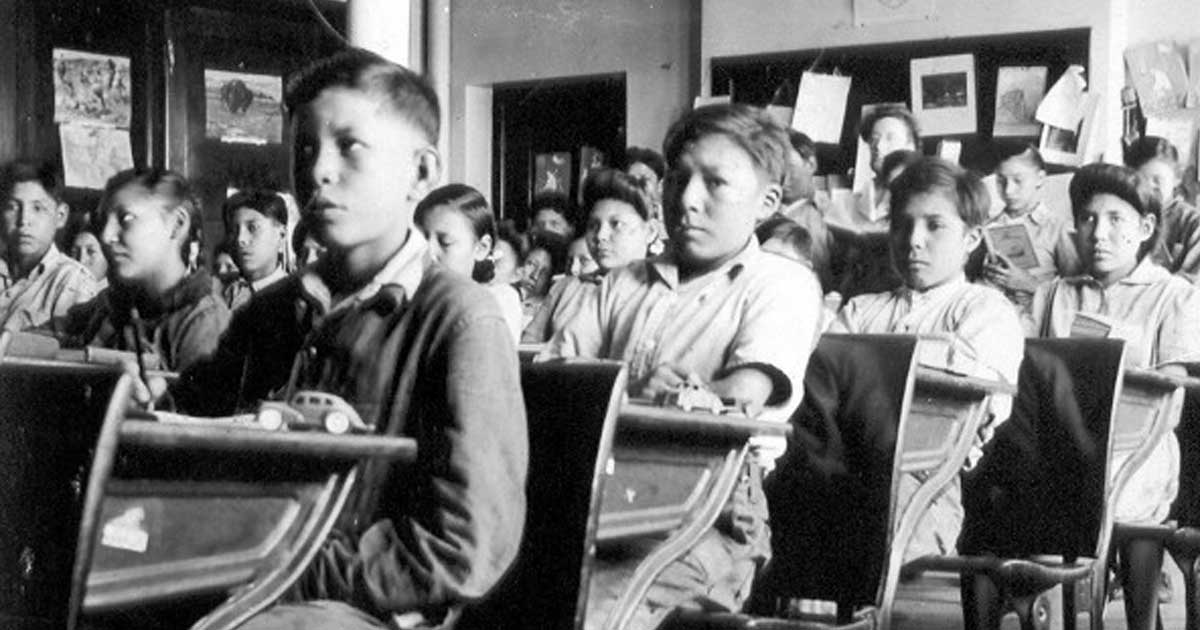 Like many of you, I have been following circumstances in the United States surrounding the tragic death of George Floyd, a black man, by a police officer. Because of these events, I feel compelled to address this issue. This issue of racism and racial injustice is something that I think each one of us should care deeply about.

For example, in Canada, and I bring this up because I was raised as a Canadian European, one of the Church’s greatest sins against Canada’s First Nations people was our support of and participation in residential schools.

Under the pretense of wanting to give First Nations people a gift – a gift of education – the Canadian government, supported by the Church, forcibly removed thousands upon thousands of First Nations children from their homes.

This was a kind of cultural genocide. An intentional way of, through education, to uneducate or de-educate an entire generation. To destroy their own understanding of their own culture, their own language, their own heritage and history, and religion.

Thousands of children died throughout this century-long project. Some through neglect, some through abuse, and some through suicide. We participated in forced sterilization of First Nations peoples, taking eugenics to a whole new level.

The sexual abuse done to the children in these schools was horrendous as well. When did these schools close you may ask? They were open from 1870 to 1996. And the horror of the residential school project didn’t stop when the schools eventually closed.

Because now we have generations of First Nations children in Canada who are growing up into their adulthood never having experienced family. And that doesn’t set you up for success in today’s world.

And so today the destruction continues, the heartache continues. And Christians have been a part of that.

We made the mistake of confusing European culture with Christ, and with the noble intent of wanting to share Jesus with people, we instead imported and enforced our own culture, often forcibly, which led to the destruction of families. And having a stable family is the number one predictor of success in our world today.

Now New Zealand never had the Residential School system that Canada had. But it does not take much searching to see some of the horribly damaging things done to the Maori people by Europeans, which have had similarly negative effects on the Maori people. And as believers in Christ, we just have to be honest about that.

So how should we move forward?

The Treaty of Waitangi – Te Tiriti o Waitangi saw two people become one. And interestingly we see this concept in the scriptures.

The classic passage is Ephesians 2:14 which states, “14 For Christ himself has brought peace to us. He united Jews and Gentiles into one people when, in his own body on the cross, he broke down the wall of hostility that separated us.”

One of my old lecturers, Steve Taylor, described this to his students as the Treaty of Jesus, where two peoples, Gentile and Jewish, became one in the Ephesians church.

And because of this Treaty of Jesus, through Jesus, two people are becoming one and there is no excuse for racism or sexism or elitism among the people of God. This is the beauty of having one faith.

As Ephesians 4:5-6 states “5There is one Lord, one faith, one baptism, 6 one God and Father of all, who is over all, in all, and living through all.”
Steve Taylor would also remind me, if you mention the Treaty of Waitangi, many Kiwis become nervous. Mental images start filling our minds. Images of protests, politicians, and mud-slinging. And yet, we have this document. A legal document that changed the relationship of Maori and Pakeha, from two peoples into one.

We see a hint, again in Ephesians, in 4:3, where it says “3Make every effort to keep yourselves united in the Spirit, binding yourselves together with peace.” Peace.

Galatians 6:2 says, “carry one another’s burdens.” Part of that is learning what the burdens are. As a European, as someone raised as a Canadian European, do I know the burden that Maori or other people of colour carry? Definitely not as much as I should, especially if I want to be a part of the solution. I need to start listening and learning much much more.

And may I ask any non-Europeans reading this, please talk to us Europeans. Let us know what we can do. Many Europeans are scared to offend and thus end up not doing anything to help. We need to work this out together. We need to communicate. But we need to do it in peace and love. Amidst all the rancour and toxicity issuing from a troubled USA, some questions to ponder and discuss. And some suggested responses…