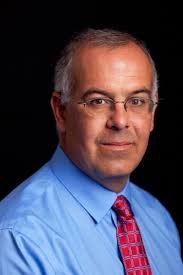 I might as well tell you upfront that this column is a book report. Since 2007, when it was published, academics have been raving to me about Charles Taylor’s “A Secular Age.” Courses, conferences and symposia have been organized around it, but it is almost invisible outside the academic world because the text is nearly 800 pages of dense, jargon-filled prose.

As someone who tries to report on the world of ideas, I’m going to try to summarize Taylor’s description of what it feels like to live in an age like ours, without, I hope, totally butchering it.

Taylor’s investigation begins with this question: “Why was it virtually impossible not to believe in God in, say 1500, in our Western society, while in 2000 many of us find this not only easy but even inescapable?” That is, how did we move from the all encompassing sacred cosmos, to our current world in which faith is a choice, in which some people believe, others don’t and a lot are in the middle?

This story is usually told as a subtraction story. Science came into the picture, exposed the world for the way it really is and people started shedding the illusions of faith. Religious spirit gave way to scientific fact.

Taylor rejects this story. He sees secularization as, by and large, a mottled accomplishment, for both science and faith.

Advances in human understanding — not only in science but also in art, literature, manners, philosophy and, yes, theology and religious practice — give us a richer understanding of our natures. Shakespeare helped us see character in more intricate ways. An improvement in mores means we take less pleasure from bear-baiting, hanging and other forms of public cruelty. We have a greater understanding of how nature works.

But, Taylor continues, these achievements also led to more morally demanding lives for everybody, believer and nonbeliever. Instead of just fitting docilely into a place in the cosmos, the good person in secular society is called upon to construct a life in the universe. She’s called on to exercise all her strength.

People are called to greater activism, to engage in more reform. Religious faith or nonfaith becomes more a matter of personal choice as part of a quest for personal development.

This shift in consciousness leads to some serious downsides. When faith is a matter of personal choice, even believers experience much more doubt. As James K.A. Smith of Comment Magazine, who was generous enough to share his superb manuscript of a book on Taylor, put it, “We don’t believe instead of doubting; we believe while doubting. We’re all Thomas now.”

Individuals don’t live embedded in tight social orders; they live in buffered worlds of private choices. Common action, Taylor writes, gives way to mutual display. Many people suffer from a malaise. They remember that many people used to feel connected to an enchanted, transcendent order, but they feel trapped in a flat landscape, with diminished dignity: Is this all there is?

But these downsides are more than made up for by the upsides. Taylor can be extremely critical of our society, but he is grateful and upbeat. We are not moving to a spiritually dead wasteland as, say, the fundamentalists imagine. Most people, he observes, are incapable of being indifferent to the transcendent realm. “The yearning for eternity is not the trivial and childish thing it is painted as,” Taylor writes.

People are now able to pursue fullness in an amazing diversity of different ways. But Taylor observes a general pattern. They tend not to want to live in a world closed off from the transcendent, reliant exclusively on the material world. We are not, Taylor suggests, sliding toward pure materialism.

We are, instead, moving toward what he calls a galloping spiritual pluralism. People in search of fullness are able to harvest the intellectual, cultural and spiritual gains of the past 500 years. Poetry and music can alert people to the realms beyond the ordinary.

Orthodox believers now live with a different tension: how to combine the masterpieces of humanism with the central mysteries of their own faiths. This pluralism can produce fragmentations and shallow options, and Taylor can eviscerate them, but, over all, this secular age beats the conformity and stultification of the age of fundamentalism, and it allows for magnificent spiritual achievement.

I’m vastly oversimplifying a rich, complex book, but what I most appreciate is his vision of a “secular” future that is both open and also contains at least pockets of spiritual rigor, and that is propelled by religious motivation, a strong and enduring piece of our nature.

via The Secular Society – NYTimes.com